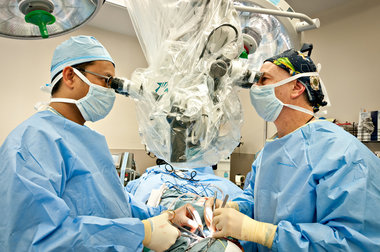 ZEELAND, MI — Creating a new nose for Adan Mejia
Zavala posed a challenge even for a plastic surgeon who
specializes in reconstructive facial surgery for children.
“I spent some time thinking about it. I did CT scans and studied his anatomy,”
said Dr. Kongkrit Chaiyasate. “It was kind of difficult to do.”
Adan, a 14-year-old boy from Honduras who is living with a
Zeeland family, is receiving highly specialized care from a medical team at
Beaumont Hospital in Royal Oak. The Ian Jackson Craniofacial and Cleft Palate
Clinic treats patients from all over the world who need plastic surgery to
correct for congenital problems and injuries.
When Adan was 2 months, his nose was surgically removed to save
him from a life-threatening infection. A bone in his upper jaw also was
removed, and there was an opening between the top of his mouth and his nose
area.“If he opened his mouth, you could see a big hole and you can see inside the nose,” Chaiyasate said. “He
smelled things through his mouth, which is unusual.”
The solution was to build the lining of Adan’s nose and mouth
using tissue and a blood vessel transferred from his left forearm. Reconnecting
the blood vessel with microsurgery techniques was crucial to making sure the
new nose had an adequate blood supply, Chaiyasate said. He believes a problem
with the blood supply led to infections that caused the collapse of a nose
created for Adan four years ago. Bones from Adan’s ribs and hip were used to
create a structure for the nose and to fill the opening between his mouth and
nose.The operation, performed in April, created a single opening in Adan’s
nose, allowing him to breathe through his nose for the first time in several
years. In three or four operations over the next 18 months, the nose will be
sculpted to create two nostrils and “to make it look more like a nose,”
Chaiyasate said. But he cautioned against unrealistic expectations – it would
be difficult to create a nose look like a normal nose. Adan also will receive
dental implants and undergo physical therapy. He also might have to wear a
nasal stent to keep his nose open as he grows, Chaiyasate said.
For the medical team that provides the care at the clinic, the
work is rewarding, Chaiyasate said.“I think it’s a privilege and an honor to be
able to take care of these children,” he said. “Every time I operate on one of
these children, I feel they are my kids. I think, ‘If this were my child, what
would I do for them?’”

* All indicated fields must be completed.
Please include non-medical questions and correspondence only.